Helsinki’s Olympic Stadium, built in 1938, is a bold example of functionalist architecture. It was originally designed by architects Yrjö Lindegren and Toivo Jäntti, with an extensive renewal and refurbishment project undertaken from 2016 to 2020. The work was carried out with respect for the original architecture, using sustainable choices that maintained the stadium’s classic appeal and its genuine warm atmosphere.

The total size of the site, including the stands, is around 90,000 square meters and the renovation was executed through a cooperative project management model with Skanska as the main contractor. Siparila was responsible for the wooden facades and the interior ceilings, which were made with birch lathes.

The Olympic Stadium’s new wood cladding aimed to recreate the original design as closely as possible. During the tendering stage, Siparila supplied nine test walls with different shades and finishes, which were then installed on the south end of the stadium and exposed to the weather for two months. These tests showed that the finish satisfied the project’s stringent quality requirements.

Structurally, the wooden exterior – which is slightly higher than in the original version – uses a separate supportive lattice to which the frame and wood cladding is fixed. The biggest challenge was the complex form of the exterior, which features walls with an outward tilt that is especially pronounced at either end of the stadium.

The external cladding consists of Finnish PEFC-certified fine-sawn spruce. The finely textured surface provides better adhesion for paint than an unfinished coarse surface, providing enhanced resistance to Helsinki’s harsh weather conditions. All in all, the external cladding covers an area of 9,000 square meters, with a total 500 cubic meters of spruce used. The wood cladding of the Olympic Stadium is expected to trap up to 500 tonnes of carbon dioxide over its lifecycle.

The external cladding covers an area of 9,000 square meters. 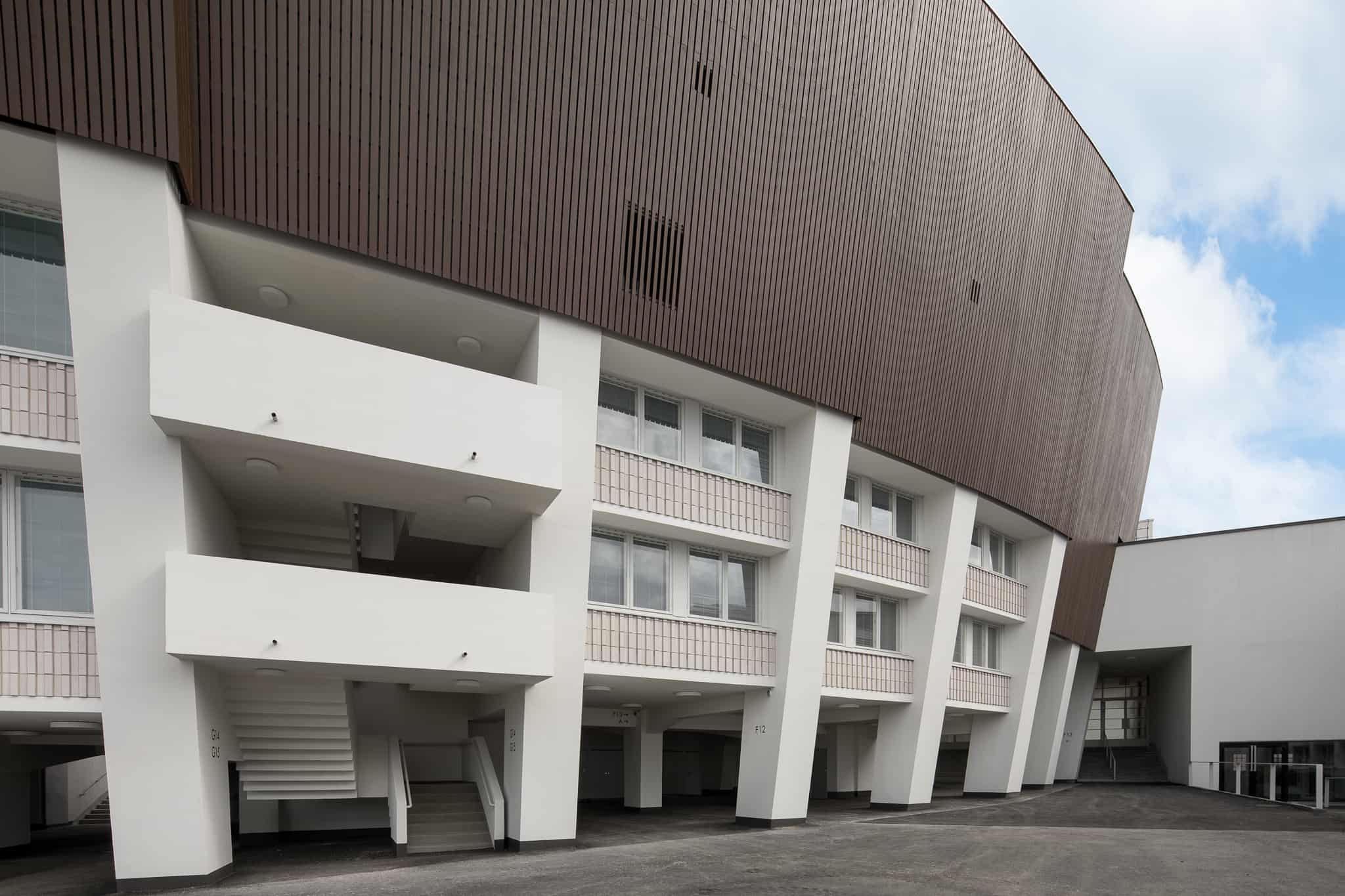 Siparila was responsible for the wooden facades and the interior ceilings, which were made with birch lathes. 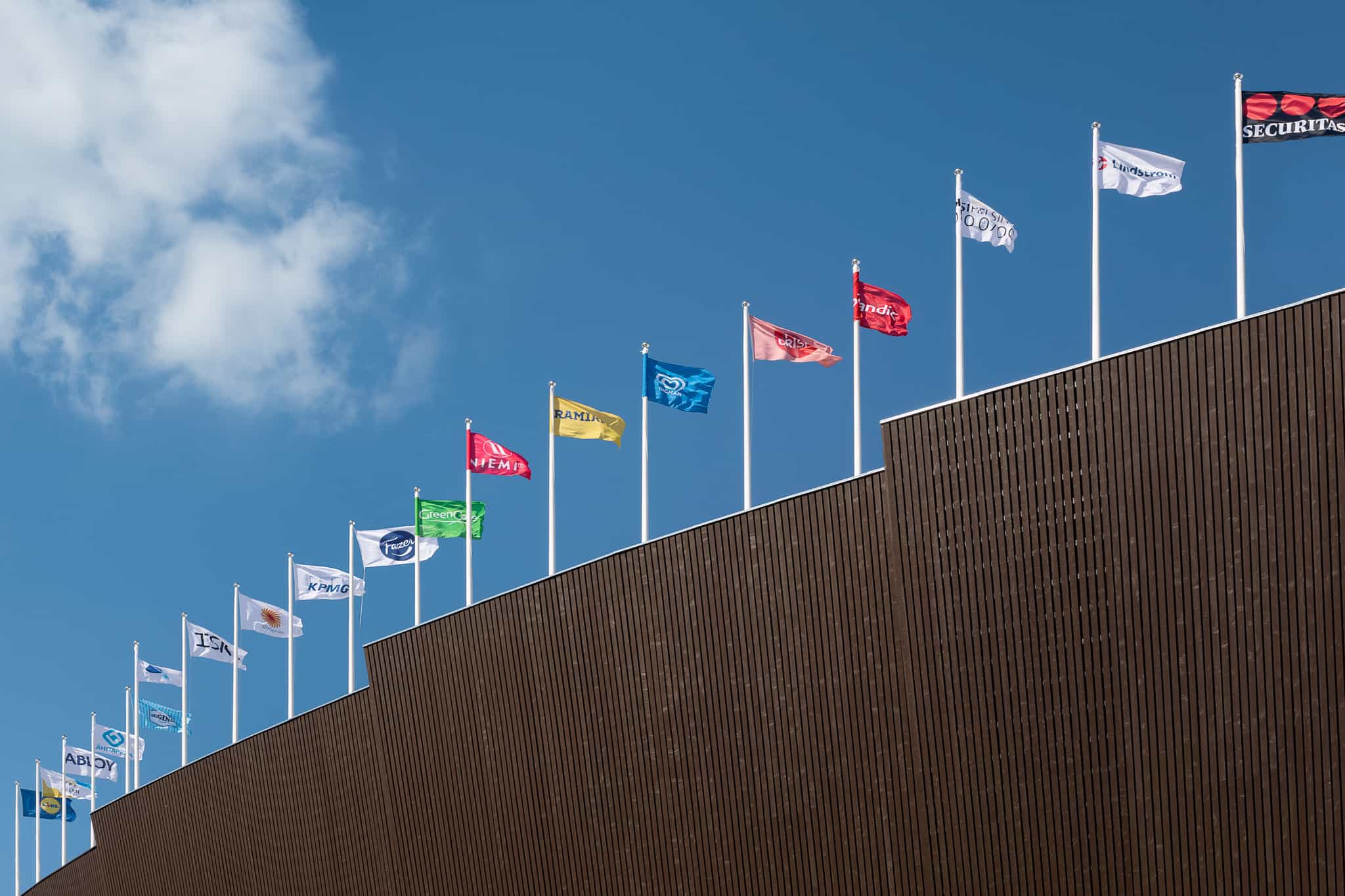 Ceiling is made of spruce lathes.

Audiorium's upper parts of the walls have been covered with fire-retardant birch lathes.