The Puukuokka apartment complex, an energy-efficient and ecologically responsible trio of wood-framed apartment buildings in the Jyväskylä suburb of Kuokkala, comprises three six-to-eight-story buildings, with construction on Puukuokka Two being completed in 2017 and Puukuokka Three following suit in 2018.

The goal was to find a solution that utilizes the technical and aesthetic qualities of CLT while creating a large-scale wooden building with its own distinctive architectural expression. The building’s design combines the sense of privacy offered by individual family homes with the interactive benefits of shared spaces found in an apartment building, providing residents with a functional space that’s also rich in experience. Puukuokka was also the pilot for an innovative lease-to-own financing strategy that supports social sustainability.

The entire load-bearing structure and frame of the building is made with prefabricated volumetric CLT modules, which are covered with Siparila TOPCOAT cladding panels. The use of these prefabricated modules made it possible to cut the onsite construction time to six months per building, reducing exposure to adverse weather conditions and allowing for a final result with superior quality. Spruce, painted black, is used in the street-facing façades, with untreated larch in the courtyard side.

In the ceilings, floors and hallway staircases, the CLT structure has been left exposed and the walls are covered with gypsum board in order to fulfill fire regulations, which also require that the panels used in the lower floor are fire retardant. 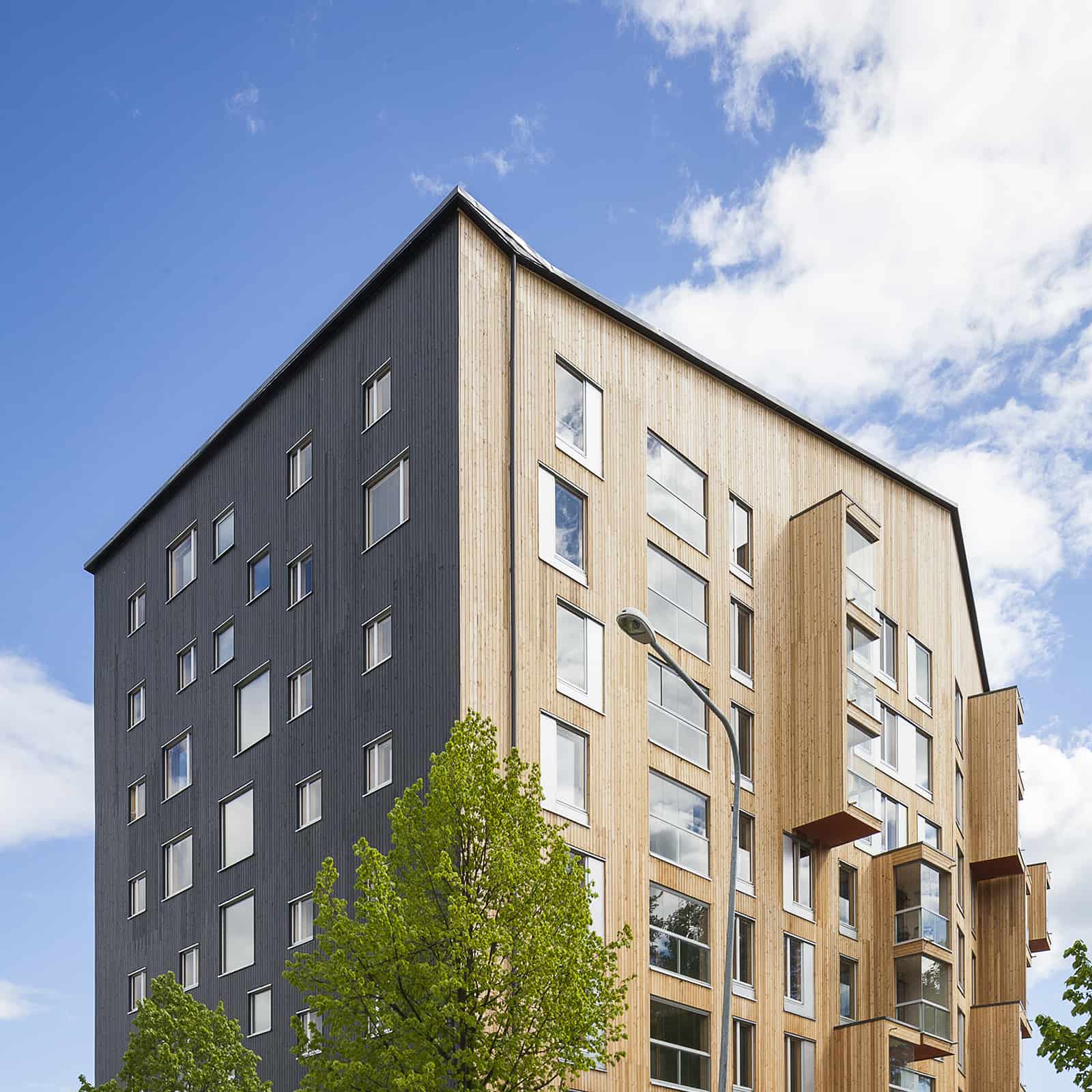 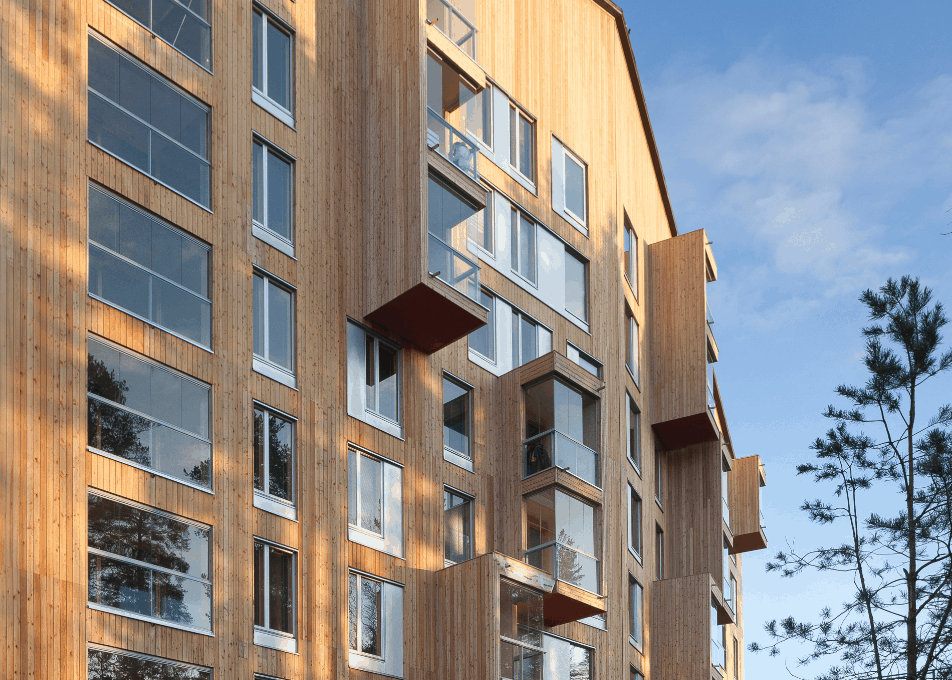 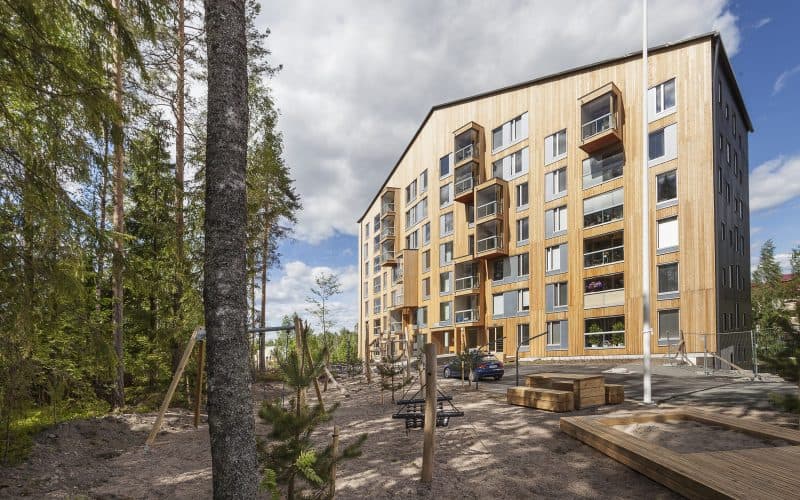 Something on your mind? Feel free to contact us!